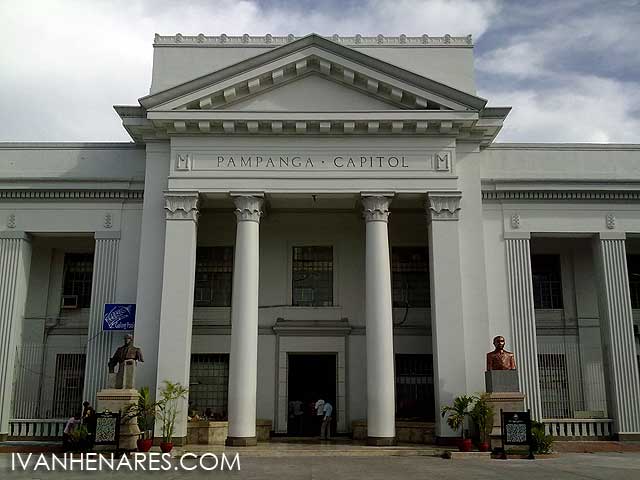 The Pampanga Provincial Capitol (Capitol Boulevard, Barangay Santo Niño) is the seat of government of the Province of Pampanga, the original building was constructed shortly after the provincial capital of Pampanga was transferred from Bacolor to San Fernando in 1904. Annexes were added before the war. It was the site of a major battle between guerilla forces and the Japanese Imperial Army during World War II.
at 10:04 AM