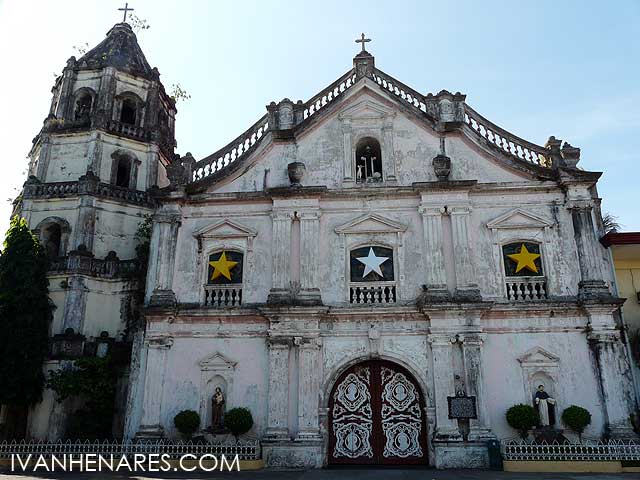 The Abucay Church in Bataan is a National Historical Landmark.

"The spiritual ministration of Abucay was entrusted to the Dominicans in 1588. A fierce battle between the Dutch invaders and the Pampango defenders was fought in this court on June 23, 1647. Nearly two hundred Pampangos were put to death, and forty others, together with Spanish Alcalde mayor and two Dominican priests were taken prisoners to Batavia. The present church was badly damaged by the earthquake of 16 September 1852. One of the earliest printing press in the Philippines was operated in this town, where as early as 1610, Rev. Francisco Blancas de San Jose, O.P, and Don Tomas Pinpin printed several books in Spanish and Tagalog."
at 4:47 PM